A bit behind with posting, but I was away on a family trip, without internet - almost life-changing ;) The prompt for today is 'I crave' and I immediately remembered these beauties from July last year, from the Greek island of Skiathos - the cherry season in Serbia was over and when we saw these on the market after a busy day swimming and doing beach side stuff, we couldn't get to them fast enough. And they were perfect, firm but juicy, and so sweeet! 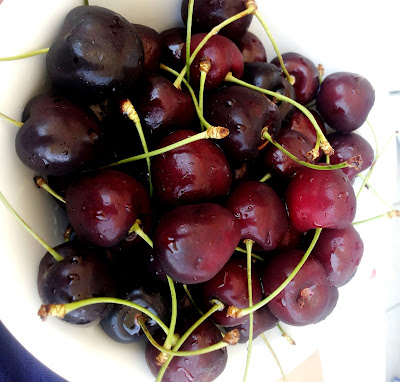 The art of postcard writing is slowly dying out... I was once a postcard maniac, nowadays - not so much. Writing instead of texting/mailing/facebooking/instagramming etc. has become so rare, a disappearing art if you will. I was once an avid letter/postcard writer, all throughout my elementary and high school, until I started university. I've written a few letters to my husband since and I take care to always hand write a card when giving someone a present, but that's it.
Today's postcards come from my photo archive of some of the parts/views of Belgrade I like the most. I hope you'll enjoy them!

I grew up with a mom and a grandma who placed a lot of weight on certain things. One of those was having pretty flowers in the house almost always and displaying the said pretty flowers in appropriately pretty containers. Cue vases! The two on the left you can see on the picture below were gifted to me - the tall one by my grandma, and the round one by my mom. The one on the right was also a present from mom - real Murano glass, from Venice. The tall one I grew up around, it was a stalwart on my grandma's coffee table and as kids, my brother and me were strictly forbidden from touching it lest it should topple and/or fall. The yellow one was the one my mom reached for most often whenever there were flowers to display. I love the colours on all three of them, being particularly fond of the blue/mustard combination. 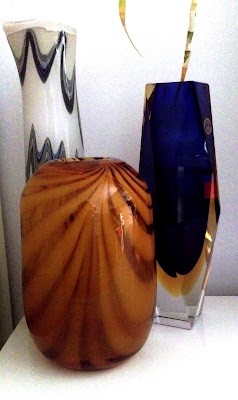 For someone that is an avid reader and studied English Language and Literature, asking me to pinpoint a favourite novel is like asking to pick the favourite out of my two children. In other words - impossible. I read so voraciously that keeping a list of what I've read is a no mean feat, let alone choosing books I like more than others. Certainly, there are some that stand out, and these have changed in different stages of my life.
As a kid, an impressionable, nerdy, nose in a book at all times kind of girl, I reached literary heights by way of William Saroyan's 'Mommy, I Love You', or any book by Jules Verne for that matter. In teenage years, angst and existentialism struck, so it was to Hesse and Mann and Tolstoy that I turned to, engrossed in and impressed by both 'Demian' and 'Anna Karenina' in equal measure.
My university years saw tonnes of Shakespeare with sprinkles of all else that English-speaking authors produced of note in the XVII, XVIII, XIX and XX centuries. Reading was a serious task back then, all my literature exams were huge in terms of books to read and accompanying interpretations and critical reviews, so some of it is indeed a blur due to the sheer volume I was to conquer in order to pass an exam - the point of all high-level education, right?
After university, though, I was back to reading for pleasure. I fiddled with literary translation for a while and enjoyed it immensely, but that is no way to make a living in Serbia, so I've forgone the trade. That also meant forgoing reading any translated literature for quite a while because I would get so hung up on mistakes that the poor translator in question made that I could not continue with the book.
I most predominantly read authors writing in English. These include Ian McEwan, Julian Barnes, Paul Auster, Kazuo Ishiguro, Salman Rushdie, Arundhati Roy, Zadie Smith, Alan Hollinghurst, Hanif Kureishi. In addition, I enjoy Haruki Murakami greatly. I also have a soft spot for the Latin American writers such as the literary heavy-weights Marquez and Llosa, as well as the Portuguese Saramago.
There are a number of Serbian and regional writers that I love whose books have marked my childhood and youth mainly and who are so tightly woven into our identities here in the Balkans that there is no way you can skip them - Andric, Pekic, Selimovic, Copic, ...
Bottom line is - I'll read anything, any time, any where - just give me a book. I can plough through anything and I'll do it with dogged persistence and conviction. Books are to be felt, inhaled, chewed up, re-read, abandoned and then picked up again, savored, devoured, talked to, mad at, cried over, laughed about, shared with friends, kept selfishly for your eyes only - anything, as long as they are read and their spirit keeps going now having become integral part of their reader.
That is why I cannot pick out my favourite novel. No way!
I leave you with my current reading pile (on a stool by my bed posing as a nightstand, holding the inevitable moisturizers for assorted body parts - lips, feet, hands, you name it ;):
1. Quiet: The Power of Introverts In A World That Can't Stop Talking, Susan Cane
2. Men Without Women, Haruki Murakami
3. Lying on The Couch, Irvin Yalom
4. The Namesake, Jhumpa Lahiri 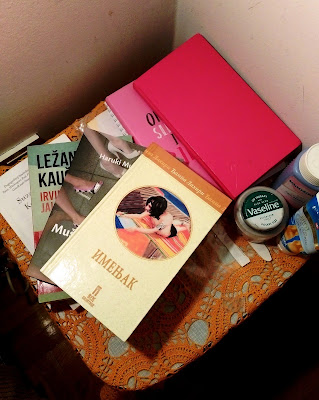 I want to ride my bicycle, I want to ride my bike! I never fail to think of this song by Queen whenever I think of bicycles ;) However, I'm not much of a biker myself. It's not that I don't enjoy it, it's more to do with the fact biking is not among the more popular means of transportation - or recreation, for that matter - in Belgrade. There are no designated bike lanes, it verges on suicidal trying to ride a bike on our busy streets, and after all - Belgrade is all up hill, down hill, so it requires some stamina to pull it off.
I remember my late dad teaching me to ride a bike. It was this big, scary thing to master, my dad hovering close so that I don't crash land, a few insecure laps around the playground and off I went. Once I figured it out, oh my, it was a blast! But I didn't have a lot of opportunities for doing it later in life. The last time I rode a bike was in fact 10 years ago, on the French island of Ile de Re - a very bike-friendly place, with bike lanes criss-crossing the island as no cars are allowed apart from one traffic route circling the island.
The bike on this picture, though, is not one to ride. A flower-pot of sorts, it decorates the pavement outside one of the best patisseries in Belgrade - Mandarina Cake Shop. The guy who owns it is a properly trained French pastry chef and the goods they're offering are just superb. The tastes are incredible, balanced and in harmony, yet unexpected and absolutely delightful. Being a cake person, I just LOVE what they do and how they maintain the level of superb artisan skill while at the same time making you feel as if you are eating cake at your super cool aunt's place. Worth a visit and a bite or three ;) 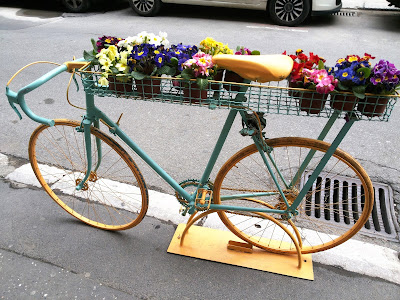 Where I live seems pretty straightforward at first. But then, it's also not. Where I live - as in a country, is straightforward enough, at least in geographical terms. Where I live - as in an apartment, a neighbourhood, a city, involves geography, but also emotions. I live in Belgrade, Serbia. The country's capital, Belgrade is a city of almost 2,5 million people, a throbbing, living, breathing organism offering endless fun (there's an abundance of articles in foreign press on Belgrade's night life) but also poor infrastructure, horrible public transport, streets full of tired people with vacant stares as life is relentless with the daily grind, poor, homeless, refugees from the Middle East and others in the permanent state of passing by, hoping for somewhere better than Belgrade.

Regardless of the bad economic situation, poor rule of law and rampant corruption, Belgrade is also sort of nice to live in. I love its rivers (Sava and Danube); I love its downtown; I love its narrow streets harking back to Turkish times, history literally around every corner, as far back as the Celtic and Roman rule; smell of linden trees in June, the south-east wind, kosava, in autumn, clearing the air of smog, taking cobwebs off long-forgotten nooks and crannies; smell of paprikas roasting from hidden communal yards behind urban buildings; the brutalist architecture of New Belgrade; the end of XIX/beginning of XX century houses - old family villas, some gloriously restored, that have miraculously survived multiple bombings Belgrade has been subject to in the past 100 years...
But the real sens of  'I'm home' washes over me when I go to Kalemegdan. Belgrade's fortress from Celtic/Roman/Turkish times, it dominates the center of the town with its impressive ramparts and beautiful views. The statue of the Victor is the symbol of the city and the place I love the most in Kalemegdan. It overlooks the confluence of the two rivers, provides beautiful views of New Belgrade, Zemun, Ada, Avala, and the rest of my city's both beautiful and unsettling scenery and in a strange way makes me feel like I have arrived, I am home and this is where I live and love and hope to spend many more years savoring every day. 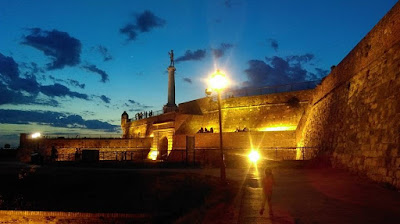 Mimi
Belgrade, Serbia
Life, relationships, friends, what makes us tick, what matters, what doesn't, facing loss, moving on, growing up, being a parent, being a woman, plus a few odd thoughts on style, that's what I'm after. Welcome to my world! 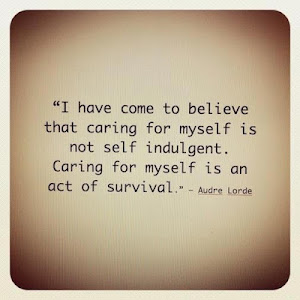 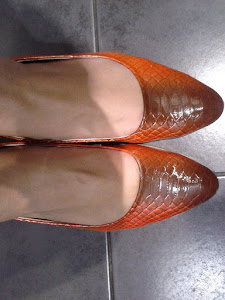 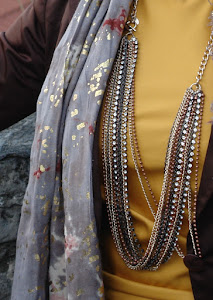 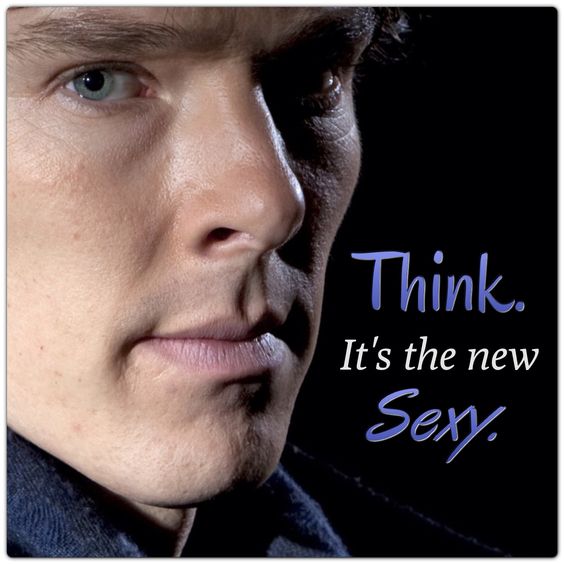 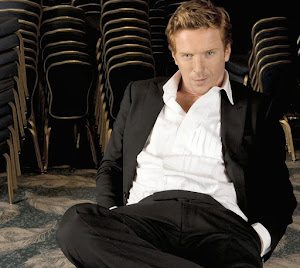 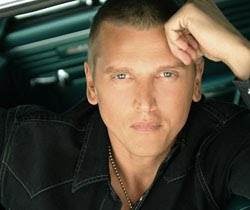 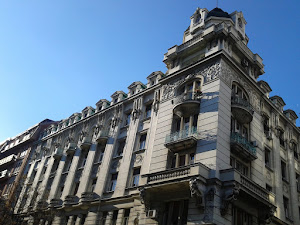 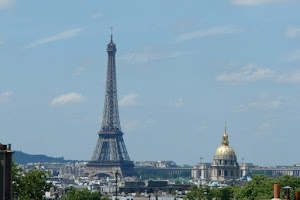 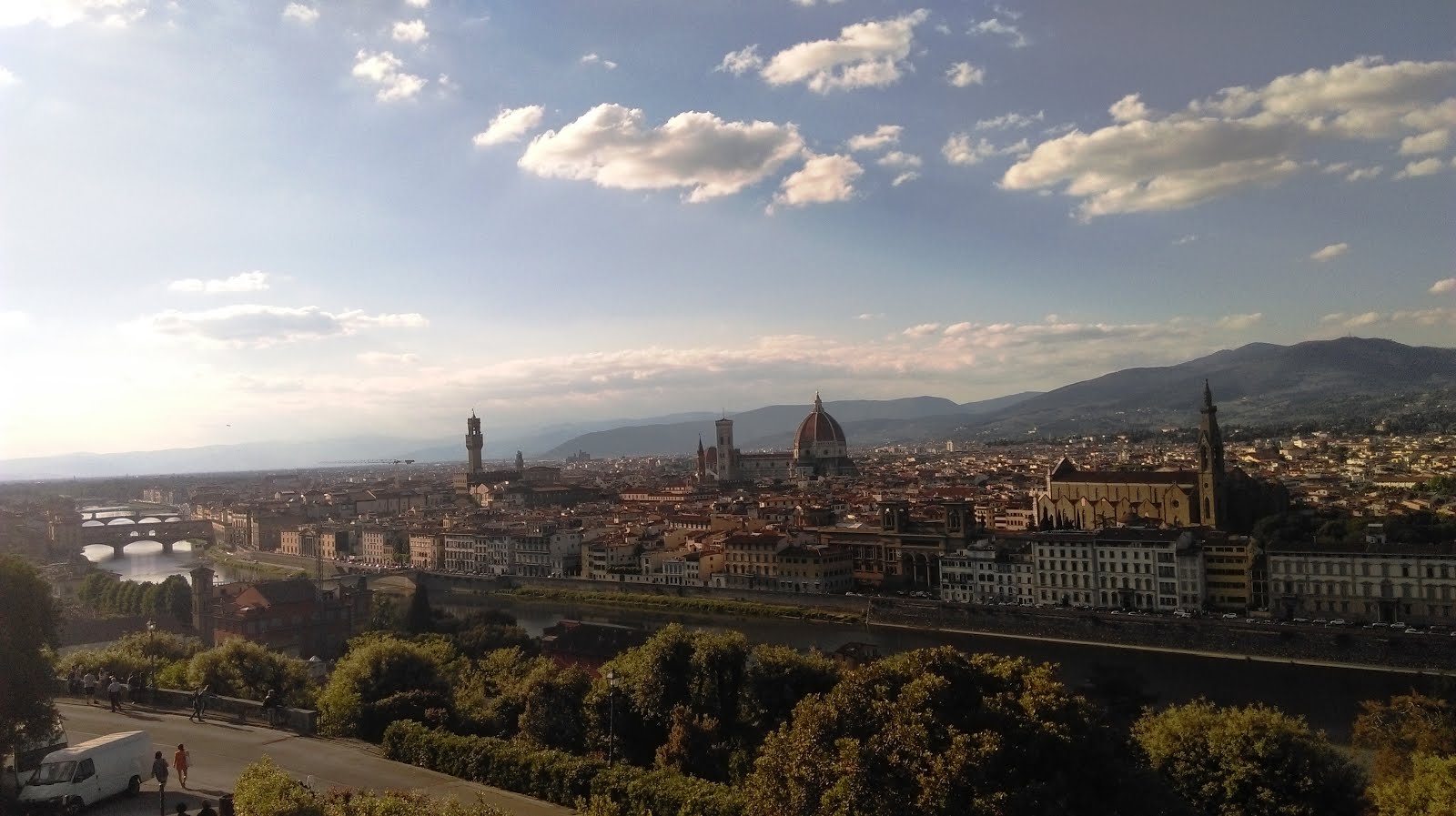 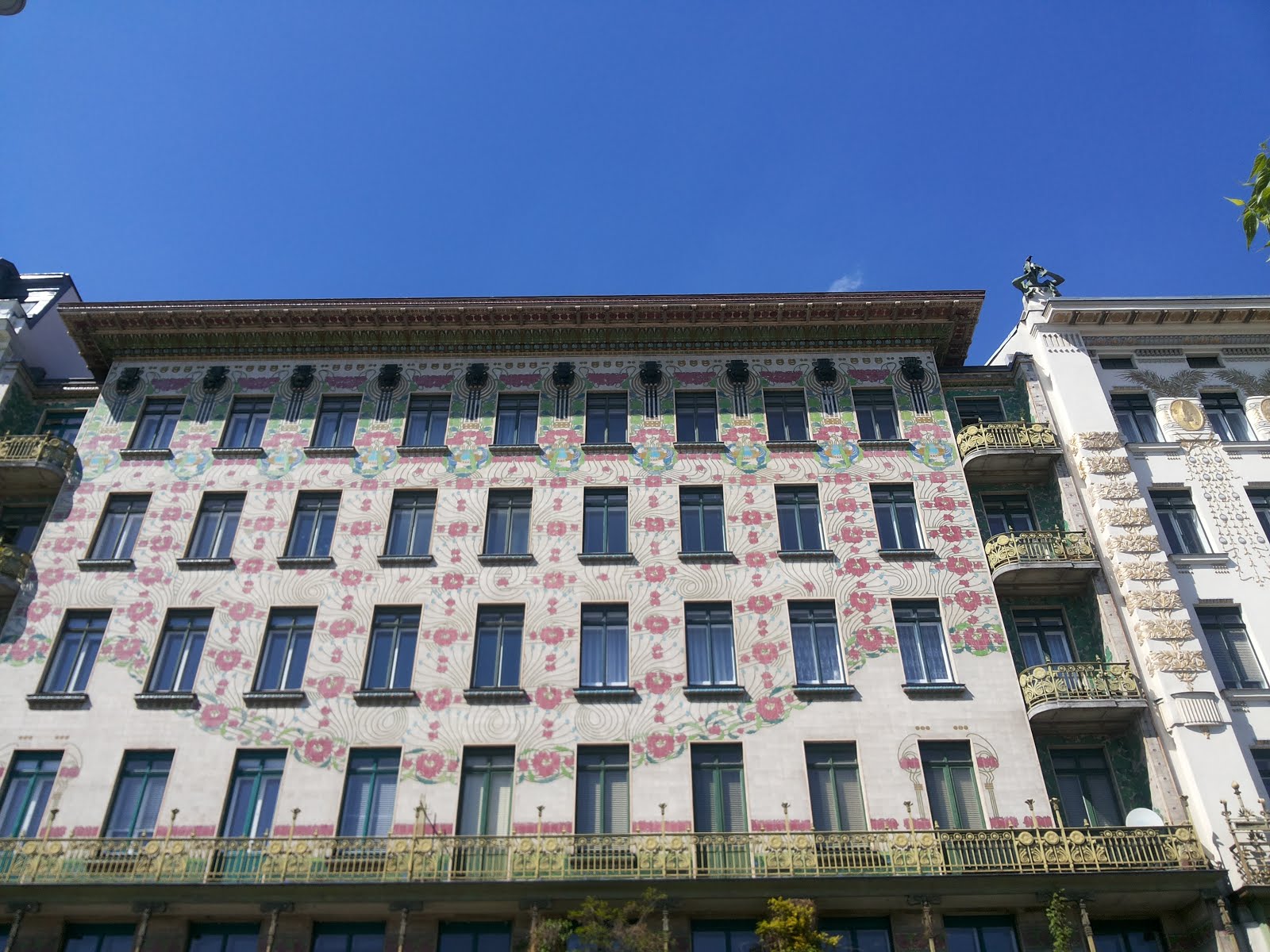 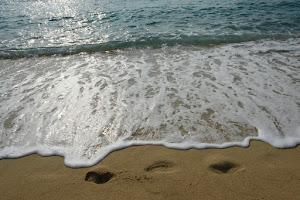